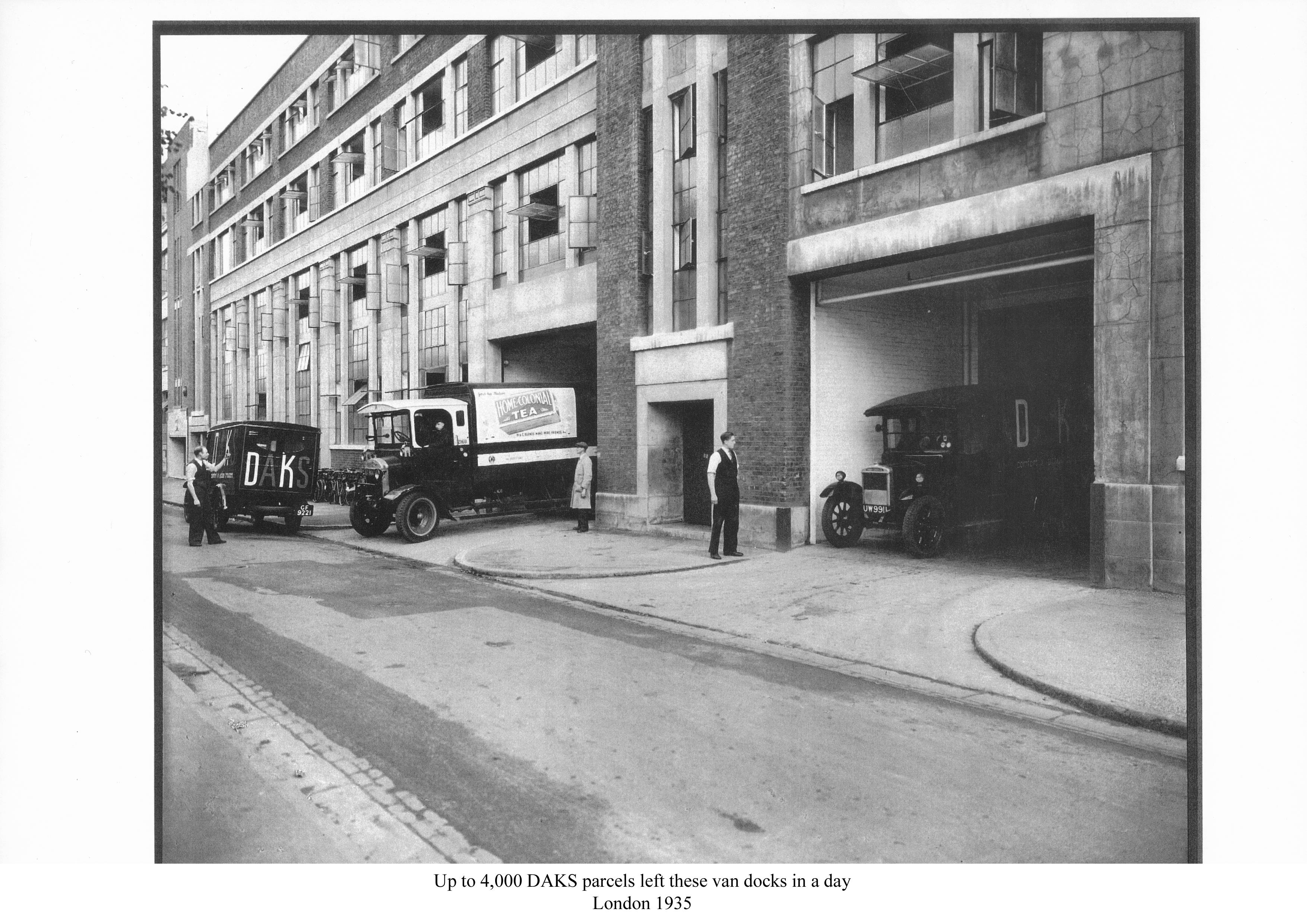 It was in 1894 that Simeon Simpson set up a business as a bespoke tailor in Middlesex Street in London when he was only 16 years old. He was skilled at drawing straight lines and regular curves by hand and soon earned a reputation for “Simpson Suits”. In the 1930s, Alexander Simpson, the second son of the founder, followed the invention of the first self-supporting trouser in the world with a patented waistband called “DAKS TOP”, DAKS was able to replace existing styles and develop its business dramatically.

Alexander Simpson and Dudley Beck, his trusted business partner and also a personal friend, were brainstorming over a suitable name for their revolutionary new trouser line. At last, by combining their initials, the “AS” of Alexander Simpson and the first and last letter of Dudley Beck “DK”, they devised “DAKS”. The Simpson family also liked the name, because it recalled their much loved and respected founding father, the “Dad” of the firm, Simeon Simpson.

In 1936 the Simpson Piccadilly department store was opened in London. It became the brand’s headquarters and was very much in the public limelight and the sights of London. DAKS brand policies have remained unchanged since the foundation of the company, the principle of “High Quality and Fair Price” earned a reputation from customers. DAKS made full use of the know-how of manufacturing menswear to start a womenswear business in 1937.

DAKS continues to enjoy the privilege of holding the three Royal Warrants from HM The Queen, HRH The Duke of Edinburgh and HRH The Prince of Wales. DAKS’ pride in perfect manufacturing has continued throughout its history. Based on the philosophy of “Seeking Perfection” & “Quality First”.

Indeed, DAKS has always formed part of the British fashion story with a very up-to-date attitude. DAKS will maintain its traditions as a respected Royal Warrant holder and will retain its reputation of reliability among its customers.