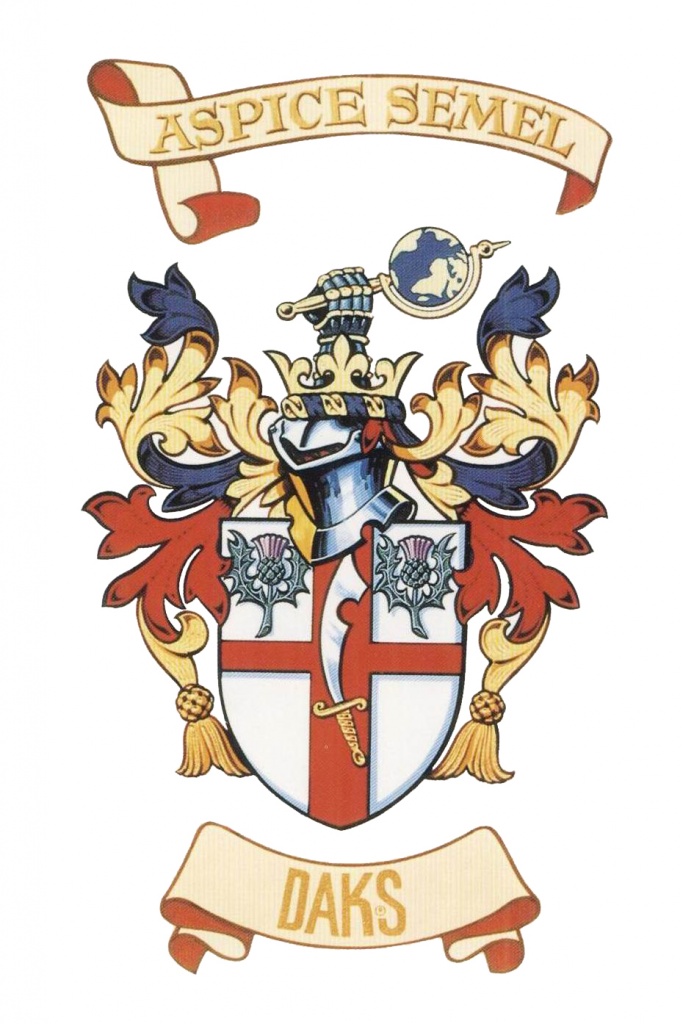 The DAKS brand was established when Simeon Simpson set up a bespoke tailoring business in Middlesex Street in the City of London in 1894.

The Coat of Arms commemorates its origin. The cross in the centre of the Coat of Arms represents the City of London; the narrower horizontal bar represents Middlesex Street, a narrow street crossing Whitechapel High Street, the thistles which surround the cross are the symbol of Scotland where the main DAKS factory was located. The male fist rising from the crown signifies excellence as in the outstanding menswear product. The fist grasping the globe at the top of the Coat of Arms indicates the worldwide scope of the operation. “ASPICE SEMEL” (“at a glance”) is the Latin approximation of the DAKS motto “One look tells you it’s DAKS”.

The Coat of Arms was devised in 1969 and registered officially later by College of Arms, an organization under the direct influence of the Royal Family.